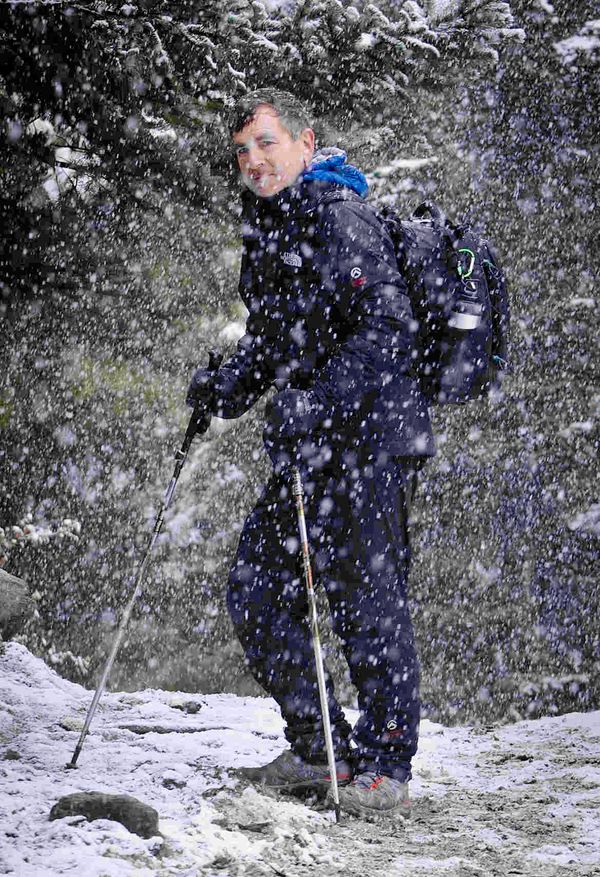 After graduating from California State University, Los Angeles with a Master of Arts Degree in Pictorial/Documentary History, Mark started his professional photography career doing the stills for the Merv Griffin Show and various television and movie companies. When the show ended he set off on a four-month trek across the Pacific and throughout Southeast Asia, China and Japan. The images created on that trip brought attention to his travel and documentary photography. He since has visited and photographed in more than 100 countries. His editorial work has appeared in publications including Vanity Fair, LIFE, GEO, Time, Newsweek, Wallpaper, Stern, Conde Nast Traveler, National Geographic Traveler, Forbes, AFAR, Vogue Brazil, Elle Canada, Esquire Japan, Harper’s Bazaar, Italian GQ, Marie Claire, The New York Times, The Washington Post, The London Times Travel Magazine, The Los Angeles Times Sunday Magazine, as well as many photography and airline in-flight magazines. His commercial clients range from Newsweek and The New York Times for his documentary photography to cruise lines, airlines and government tourist bureaus for his travel photography. He is the recipient of numerous awards including a CLIO Award for advertising photography, an Aurora Gold Award for commercial directing, an ACE Award for directing and producing a video for television and an ImpactDOCS Award of Excellence as a producer on the feature film "From Hell to Hollywood." In the spring of 1998 Abbeville Press published Mark’s book “Faces of the Twentieth Century: Master Photographers and Their Work” recording in both words and pictures many of the great names in photography. In March of 1999, the book won the prestigious New York Book Show “Photography Book of the Year” and “Best of Show” awards. Mark’s book “The Way of the Japanese Bath” (R.A.M. Publications), winner of a Premier Print Award, was published in February 2003 to coincide with a touring exhibition beginning at APEX Fine Art in Los Angeles. His third book “Mark Edward Harris: Wanderlust” (R.A.M. Publications) was released in November 2004. Images in that book led Mark to being named “Photographer of the Year” at the 2004 Black + White Spider Awards and the book itself being named the people/photography book of the year at the 2005 International Photography Awards. “Domicilium Decoratus” (Harper/Collins), collaboration with award-winning interior designer Kelly Wearstler, was released in 2006. In 2007 Chronicle Books published his book “Inside North Korea.” A revised edition of Wanderlust was also published in the same year and was the recipient of the first place award for Fine Art Books at the “Prix de la Photographie Paris (PX3). In September 2008 Chronicle Books published “Inside Iran.” In 2009 a revised and expanded edition of The Way of the Japanese Bath was released. The book was selected as one of PDN’s photo books of the year in 2010 as well as an IPA award. Harris shares his photographic knowledge as a contributing editor to various photography magazines and through teaching photography workshops around the globe. In 2012, he was a keynote speaker in Yokohama at the International Travel Mart presenting his series on Japanese ryokans and hot springs and at the Travel Photography Festival at the Royal Geographical Society in London. In 2013 his first book on South Korea and his second book on North Korea were released with a book tour including stops at the Pacific Asia Museum in Pasadena, the Korea Society in New York, and the Newseum in Washington, DC. "North Korea" was named "Photography Book of the Year" at the International Photography Awards. In 2017 Focal Press published, The Travel Photo Essay: Describing a Journey Through Images. A 3rd edition of The Way of the Japanese Bath was released in 2019. Mark's latest book, The People of the Forest, focuses on orangutans and received 1st place in the nature book category at the International Photography Awards. Mark's photographs are included in collections around the globe ranging from the Los Angeles Museum of Art and the Museum of Photographic Arts to the Shanghai National Library, the George Eastman Museum and the Sir Elton John Collection.